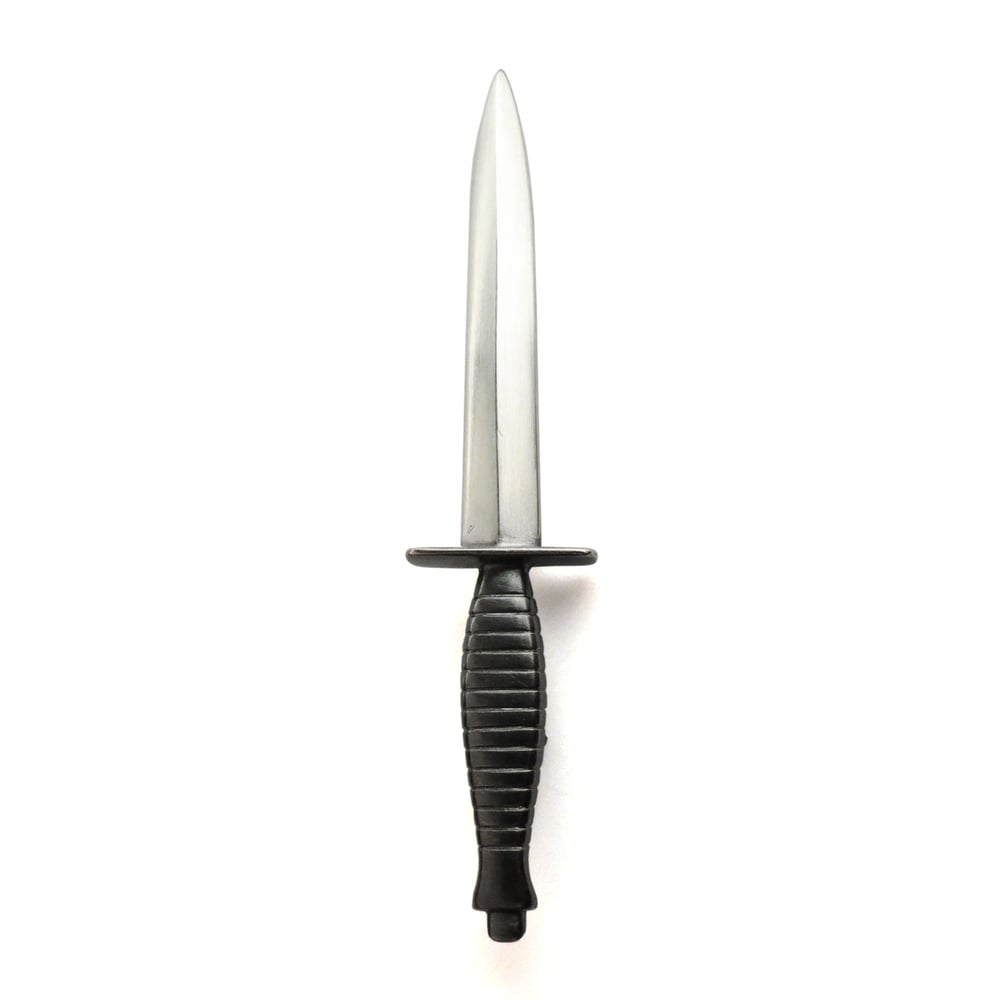 This kilt pin is based on the Fairbairn-Sykes Fighting Knife, otherwise known as the Royal Marines Commando Dagger.

The Fairbairn-Sykes fighting knife was made famous during World War II when issued to British Commandos, the Airborne Forces, the SAS and many other units, especially for the Normandy Landings in June 1944. The knife features in the insignia of the British Royal Marines, the Belgian Commandos, the Dutch Commando Corps, the Australian 1st Commando Regiment and 2nd Commando Regiment, and the United States Army Rangers. (wikipedia.org)

The design has been cast into solid sterling silver then hand finished with an oxidised black handle and brushed silver blade. The pin itself is made from sprung steel and has a silver rollover clasp.

Each kilt pin has an edition number stamped on the back and is hallmarked at the Edinburgh Assay Office.